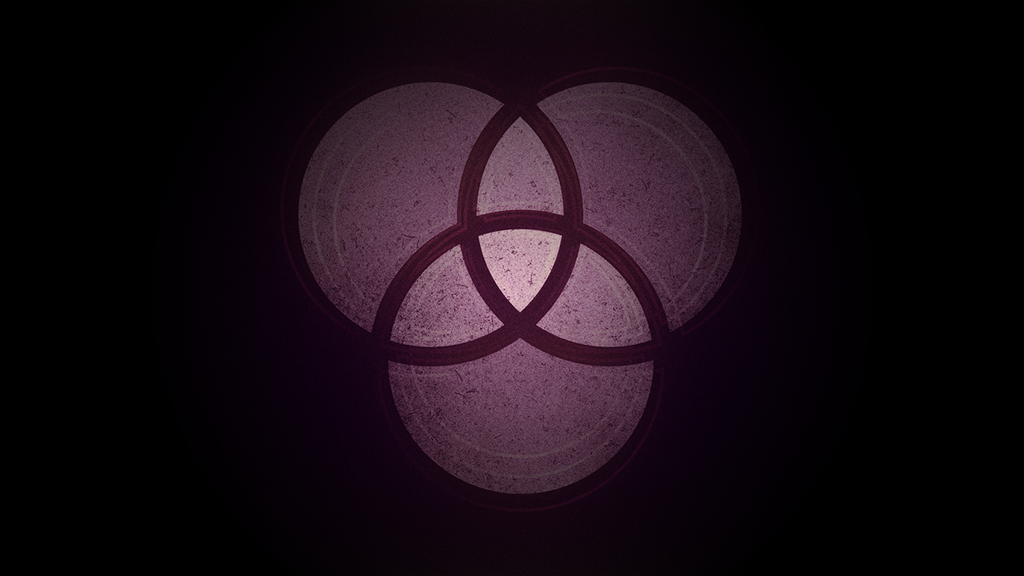 This excerpt is from J. Stephen Yuille, “A Triune Being” in The Fullness of Time: Paul’s Epistle to the Galatians (H&E Publishing, forthcoming). It was first published online at https://www.unionpublishing.org/resource/a-triune-god/

But when the fullness of time had come, God sent forth his Son, born of woman, born under the law, to redeem those who were under the law, so that we might receive adoption as sons. And because you are sons, God has sent the Spirit of his Son into our hearts, crying, “Abba! Father!” So you are no longer a slave, but a son, and if a son, then an heir through God.

As Augustine was walking by the seashore one day, contemplating the doctrine of the Trinity, he stopped to observe a small boy running back and forth from the water’s edge to a place on the beach. The boy was carrying water from the sea in a shell and pouring it into a hole in the sand. Augustine asked, “My boy, what are doing?”  “I am trying to bring all the sea into this hole,” the boy replied. “But that is impossible, my dear child, the hole cannot contain all that water.” Fixing his gaze upon Augustine, the boy declared, “It is no more impossible than what you are trying to do—comprehend the mystery of the Trinity with your small intelligence.”[1]

To some extent, we all struggle with rationalism. We assume we should be able to explain everything, including God. But we can’t fully comprehend the One who is incomprehensible (Rom. 11:33). The bounded cannot grasp the boundless. The limited cannot fathom the limitless. “Great is the lord, and greatly to be praised, and his greatness is unsearchable” (Ps. 145:3). In a word, our God is infinite. When used in reference to him, the term “infinity” doesn’t have a mathematical connotation. Instead, it speaks of his transcendence—the reality that he’s free from all limitations.

God is infinite in relation to being. We refer to this as aseity, meaning God has life from himself (a se). “As the Father has life in himself, so he has granted the Son also to have life in himself” (John 5:26). “The God who made the world and all things in it, since he is Lord of heaven and earth, does not dwell in temples made with hands; nor is he served by human hands, as though he needed anything” (Acts 17:24–25). God is completely self-existent and self-sufficient.

God is also infinite in relation to space. We refer to this as ubiquity, meaning God is omnipresent. God is “over all and through all and in all” (Eph. 4:6). He’s always present in all places yet restricted to none. “‘Am I a God who is near … and not a God far off? Can a man hide himself in hiding places so I do not see him? Do I not fill the heavens and the earth?” (Jer. 23:23–24).

God is also infinite in relation to time. We refer to this as his eternality, meaning God is above all succession of time. He’s without beginning: “Your throne is established from of old; You are from everlasting” (Ps. 93:2). He’s without ending: “They will perish, but you will remain; they will all wear out like a garment. You will change them like a robe, and they will pass away, but you are the same, and your years have no end” (Ps. 102:26–27).

God is free from all limitations in relation to being, space, and time. In sum, he is eternal Creator. His act of creation is eternal because time begins with creation; that is to say, the creation of the universe isn’t a moment that follows another moment. This is of utmost importance when it comes to our understanding of God. Simply put, God is beyond the created universe, including time and space. He knows “no past or present,” but remains in “the same indivisible point of eternity.”[2] This means he is perfect being. Because he is self-existent, he’s self-sufficient. Because he’s self-sufficient, he’s all sufficient. “Can you find out the deep things of God? Can you find out the limit of the Almighty?” (Job 11:7). No, you can’t, nor can I! We must keep God’s unsearchable greatness in view when we ponder the doctrine of the Trinity. The finite cannot comprehend the infinite.

For this reason, we must stay close to God’s Word. When we do, we learn that “God is one” (3:20).[3] We also learn that “when the fullness of time had come” the one God “sent forth his Son” (Gal. 4:4) and “sent the Spirit of his Son” (Gal. 4:6). These historical sendings (known as the incarnation and Pentecost) reveal that the Son and the Spirit are eternal. After all, it’s only possible to send that which already exists. The Son and the Spirit exist prior to the time they were sent. Why is this significant? It means that God behaves as the Father, the Son, and the Spirit in time precisely because he is the Father, the Son, and the Spirit in eternity (beyond time).[4]

For starters, the Son is sent in time because he stands in an eternal relation of origin with the Father.[5] This is called eternal generation. The Son isn’t eternally generated by the Father out of the divine essence, but within the one divine essence; that is, the person of the Father begets the person of the Son. It doesn’t happen in time, nor is it an act of creation. This relation is who they are: the Son is “the only begotten of [from] the Father” (John 1:14).[6]

Similarly, the Spirit is sent in time because he stands in an eternal relation of origin with the Father and the Son.[7] This is called eternal spiration. Christ declares, “And I will ask the Father, and he will give you another Helper, to be with you forever, even the Spirit of truth” (John 14:16–17).[8] Later, he adds, “But when the Helper comes, whom I will send to you from the Father, the Spirit of truth, who proceeds from the Father, he will bear witness about me” (John 15:26). In these verses Christ clearly distinguishes between his sending of the Spirit and the Spirit’s proceeding from the Father. The latter is a description of the Spirit’s continuous relation with the Father. The Spirit doesn’t go forth from God’s essence but proceeds within God’s essence as an internal act of the Father and the Son.

It has been said that “the doctrine of the Trinity stands or falls with the right understanding of the relations in God.”[9] In other words, we must distinguish between the one divine essence (or substance) and the eternal relations that each person has with the others in God. If we don’t, we will end up falling into one of two errors. The first is modalism, whereby we blur the distinctions of the three eternal relations. The second is subordinationism, whereby we create a hierarchy among the three eternal relations. Subordination does exist in God’s work of redemption: the Father sends the Son, and then both the Father and the Son send the Spirit. However, this subordination in redemption doesn’t reflect any subordination within God. The term Son doesn’t denote subordination, but likeness. The term Spirit doesn’t denote subordination, but activity. The Father, the Son, and the Spirit are co-eternal and co-equal—one in substance, power, wisdom, will, and life. God is “one” (3:20).

Based on the testimony of Scripture, therefore, we confess that God is triune—he is three (tri) eternal relations in one (une) being. Thus, “we worship one God in trinity and trinity in unity, without either confusing the persons or dividing the substance … Thus the Father is God, the Son is God, the Spirit is God; and yet there are not three Gods, but there is one God.”[11]

When we speak of the “one God” as existing in three eternal relations (the Father, the Son, and the Spirit), we aren’t being academically picky or theologically fussy. We’re proclaiming the very heart of the Christian faith. How so? We affirm, “God is love” (1 John 4:8), but this statement is meaningless divorced from the doctrine of the Trinity. As C. S. Lewis states, “All sorts of people are fond of repeating the Christian statement that ‘God is love.’ But they seem not to notice that the words ‘God is love’ have no real meaning unless God contains at least two persons. Love is something that one person has for another person. If God was a single person, then before the world was made, he was not love.”[12] All that to say, God is love precisely because he’s triune.

You see, our understanding of God doesn’t begin with his identity as “Creator” or “Ruler” or even “Redeemer” because these things require creation. Our God is above creation. He’s infinite—beyond all spatial and temporal limitations. Therefore, our understanding of God must move beyond creation to his chief identity. Which is what? He’s Father.[13] This is who he is eternally.

Here’s the wonder of wonders: “The Father so delights in his eternal love for the Son that he desires to share it with all who will believe. Ultimately, the Father sent the Son because the Father so loved the Son—and wanted to share that love and fellowship. his love for the world is the overflow of his almighty love for his Son.”[14] To sum up, the Father loves us (1 John 3:1); the Son reveals the Father’s love (Eph. 5:2); and the Spirit assures us of the Father’s love (Rom. 5:5). As Paul declares in our text, “But when the fullness of time had come, God sent forth his Son, born of woman, born under the law, to redeem those who were under the law, so that we might receive adoption as sons. And because you are sons, God has sent the Spirit of his Son into our hearts, crying, ‘Abba! Father!’” (4:4–7).

It is this doctrine that distinguishes Christianity from all other religions. We often hear people say that all religions should focus on what they have in common. As Christians, we don’t share anything in common with other religions. We hold to an absolute—namely, there’s only one God who is the Father, the Son, and the Holy Spirit.

This is an essential truth. Our salvation rests upon it. Peter says we’re “elect … according to the foreknowledge of God the Father, in the sanctification of the Spirit, for obedience to Jesus Christ and for sprinkling with his blood” (1 Peter 1:1–2). Therefore, we praise the Father for choosing us, the Son for redeeming us, and the Spirit for sanctifying us. We praise God triune for the eternal covenant of redemption whereby the Father, the Son, and the Spirit accomplish our salvation.

This is an exceptional truth. The knowledge of it is blessedness. How so? God gives us himself (blessedness) by giving us his Son and his Spirit (4:4–7). Salvation, therefore, is receiving the Son and the Spirit. We relate to the one God who is the Father, the Son, and the Spirit (1 John 1:3). As Augustine writes, “The true objects of enjoyment, then, are the Father and the Son and the Holy Spirit, who are at the same time the Trinity, one being, supreme above all, and common to all who enjoy him.”[15]

In sum, “Knowing God is the heart of our spiritual experience as Christians, and the God whom we have come to know is a Trinity of three coequal persons, revealed to us as the Father, the Son, and the Holy Spirit.”[17]

Praise God, from whom all blessings flow;
Praise him, all creatures here below;
Praise him above, ye heav’nly host;
Praise Father, Son, and Holy Ghost!

[1] This popular story is undoubtedly apocryphal. It was first told by Jacobus de Voragine, Archbishop of Genoa, in 1275. Despite its dubious origins, its point is well made.

[14] Michael Reeves, Delighting in the Trinity: An Introduction to the Christian Faith (Downers Grove: InterVarsity Press, 2012), 70. 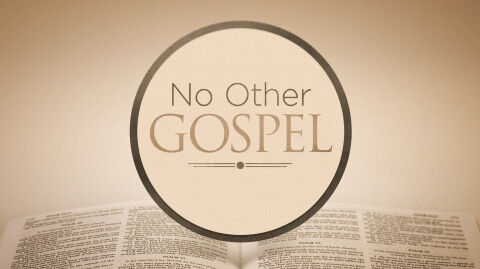